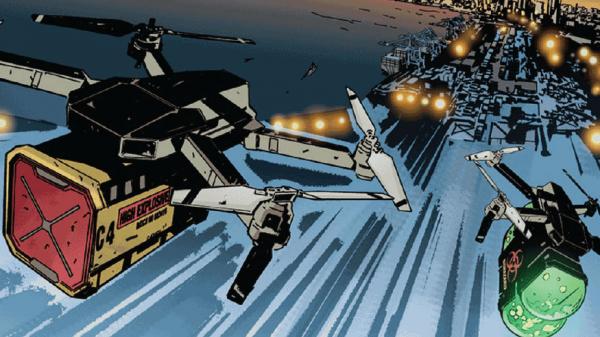 The shipments from Fort Lewis were delayed two days, leaving Lt. Jenkins and her skeleton crew to supervise the load at the docks on Thanksgiving day. Without a second thought, one of them tweets, “Finally … looks like I will get some turkey! #hatemylife” … and the attack begins.

Months before, the Army’s highly automated supply chain and the deployment planning system had been breached, turning them into a weapon for a local terror cell. Little errors and minimal oversight have sent a deadly payload to the docks of Seattle, WA.

A pair of autonomous drones fly on a collision course with a specially loaded railcar … millions will die. No one will ever forget 11/25/27. 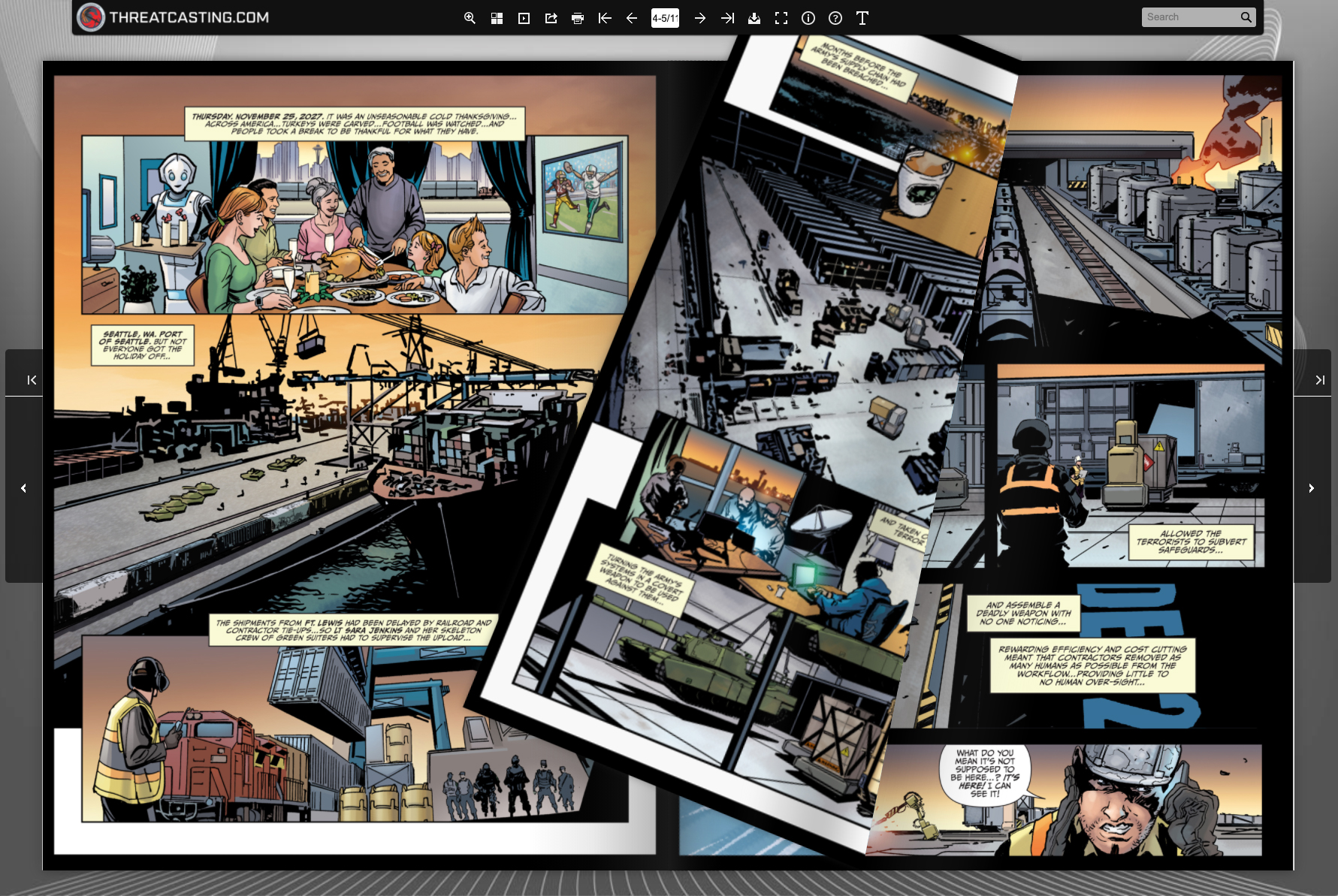